The players are down to the end game, as most of the pieces are missing from the board. They now lie in a jumbled heap upon the tabletop. Each player has just one piece left remaining on the board.

Although the chessboard stretches off to the limitless horizon, the players are in an enclosed room playing their game. Shown hanging on the wall of this room, is the yin-yang emblem, ancient symbol for the interaction of opposites, each containing an element of the other.

Similarly, Victor shows the person made of buildings as wearing a flower boutonniere, and the person made of flowers containing a small building. The implication is that the friction between nature and human progress is also a union of opposites, such as yin and yang. 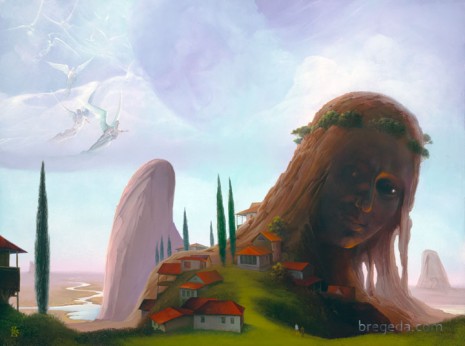 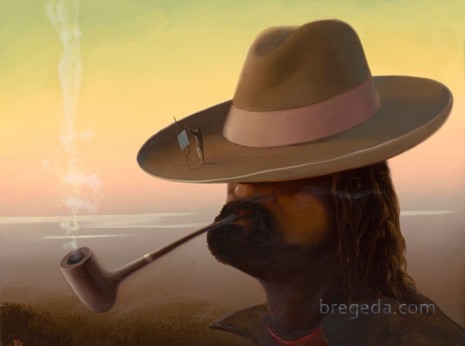 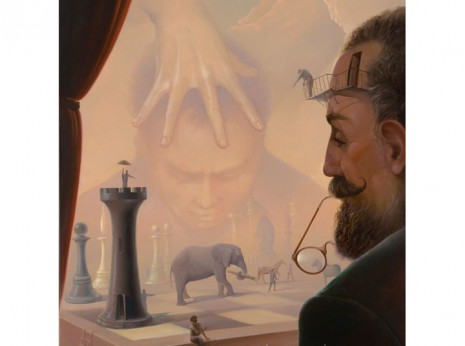 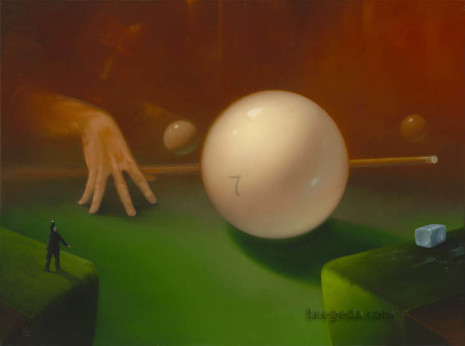