← Fiddle on the Roof (previous entry)
(next entry) Fishers of Men →

We see God’s smiling face in the luxuriant hillside on the right side of the painting. He looks upon his creation of the world with pleasure- now that he has added the final touch.

Upon the table top, are the traditional fruit and wine components of a still life. The wine bottle has a ripened look to it, covered with moss and appearing to have emerged from the earth itself. The table top is simultaneously part of the earth and part of the sea, representing a transitional dimension. The paper pieces seem to be unfolding and turning into sailing ships as they recede in the distance. They represent the many paths, options, and possibilities open in the future.

The final touch is the woman being splashed upon the canvas by man’s twirling wine glass. This is the perfect toast to the feminine energy making way to balance out that of the man’s. 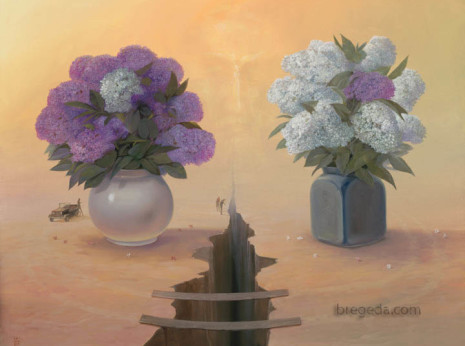 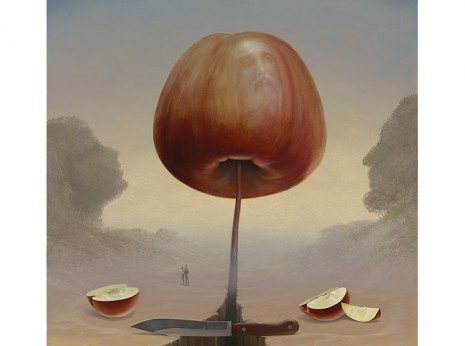 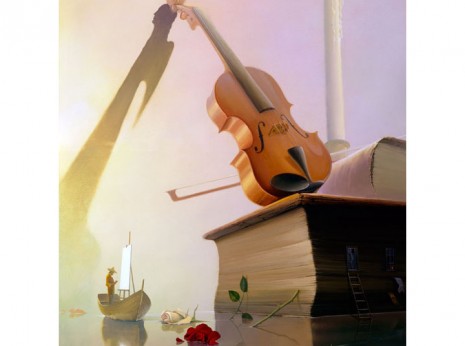 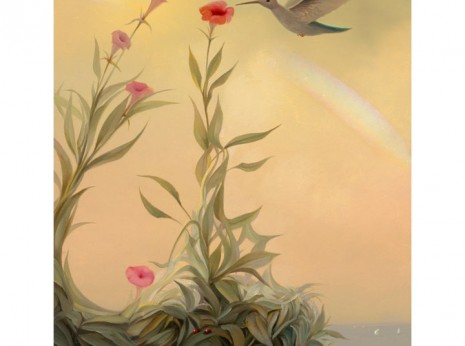